The shape of things to come? US class action on DC fees

Thanks to my favourite Swedish lawyer, Per Andelius for this extraordinary story.

Fidelity are being taken to court by members of their DC plan for charging $355 record keeping fees per member against an underlying cost of $10.

Why this matters because the suit is against the US equivalent of the soon to be launched UK IGCs (Independent Governance Committees). Fidelity employs a sister organisation to do the record keeping for its investment work. This is called bundling and it’s what happens with almost every UK DC insurer. It’s as important to the master trusts , though they generally use third party administrators so the potential conflicts are less obvious.

The argument is simple, even where there isn’t a legal obligation to cap fees, there is a moral obligation on fiduciaries not to “engorge” – (great word).

Boston, MA: An excessive fees ERISA lawsuit has been filed against Fidelity, alleging Fidelity violated its duty under ERISA plan laws by failing to act in the interests of the plan or plan participants. According to the lawsuit, the actions of the ERISA plan fiduciaries cost plan participants around $15 million per year from 2008 to 2013. 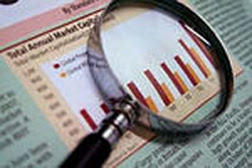 The lawsuit (Yeaw vs. FMR LLC, Case number 14-10035) was filed under the Employee Retirement Income Security Act of 1974 (ERISA), and seeks recovery of losses and “disgorgement of unlawful fees and profits taken by Fidelity.”
According to the lawsuit, Fidelity and other mutual fund advisors have revenue-sharing agreements with client plans. Under those revenue-sharing agreements, the fund advisors (in this case, Fidelity Management & Research Company) pay a portion of revenue received from the mutual fund to the plan’s record-keeper (in this case, Fidelity Investments Institutional Operations Company and affiliates).

Large plans, similar to those of Fidelity, the lawsuit argues, often receive a rebate for the revenue-sharing plan in situations where the amount given to the record-keeper greatly exceeds the costs of administering the plan. In other words, they agree to limit the fees to a certain amount and the excess then goes back to the plan.
The Fidelity Plan, however, did not receive any such rebate or revenue-sharing recapture, and according to the lawsuit, paid $15 million a year from 2008 through 2013 to record-keepers. According to the lawsuit, based on fees in 2012, the record-keeper received approximately $335 per plan participant per year, whereas the plan could allegedly have been maintained for $10 per participant per year.
Plaintiffs allege that during the class time, the Plan should have paid around $3.3 million in record-keeping fees, but in fact paid an estimated $92 million.
“To add insult to injury, Fidelity and its managers reported that Fidelity was providing recordkeeping and administrative services for ‘free’,” the lawsuit states. The defendants were responsible for setting the terms of a relationship with service providers, but had an interest to act in the best interest of Plan participants and did not do so, the lawsuit claims.

Could this be what the OFT had in mind when it recommended that IGCs might be the best way to create value for members of UK DC plans?

We will follow the progress of this class action with interest, not just because it impacts directly on one of our leading DC providers, but because it sets a precedent for DC Governance in the UK.

2 Responses to The shape of things to come? US class action on DC fees