Should “onboarding” be cheap?

The unfortunate risks of “advice on the cheap”

Should it cost an IFA £1500 to onboard a client

This is not a trick question , it is a genuine one. It stems from a tweet directed at me by Rob Reid

It’s now costs £1500 just to onboard a client, we have the irony of firms who offer zero protection to the consumer comparing their costs with those who take responsibility for themselves and others. The abandonment of caveat emptor has a lot to answer for in this mess

Asset managers generally believe opportunities across the different asset classes will be lower over the next decade than they were in the previous decade. This will make cost more of a factor for financial planning. Unfortunately, advisers want to provide advice that isn’t a cost burden to their clients [right now]. These pressures, combined with tightening regulation, make it difficult for advisers to reduce costs. The cost of investment management has got to do some shifting.

I say it is a shame that a fund manager thinks it “unfortunate” that advisers want to provide advice at the lowest cost to their clients but I think Rob heard something different.

If they don’t cover their costs and cross subsidize between clients then yes. But you miss the point why does it cost so much? Regulation and costs of “keeping the lights on” why is that weird?

I remain a little confused but I think that where Rob and Justin are agreeing is that it is unfortunate if advisers try to cut corners to make advice more affordable and  I think this accounted for some later “ad hominem’s” where advisers thought I was criticising advisers for “rip-off fees”.

But Rob is telling it how it is and he’s a practicing IFAs. these costs need to be met “to keep the lights on”

If it now costs £1500 to set up a client on your system , issue an engagement letter and have an initial meeting , then it is unsurprising that financial advice is too expensive for most people, if that cost includes the cost of acquisition, then that is another thing, but I don’t think that Rob was thinking about fees paid to lead-generators.

For industrial scale wealth management businesses , there’s software as a service such as Appway

But for most IFAs, on-boarding is mechanical , laborious and expensive. It is to many wealthy people – reassuringly expensive. I can understand Rob and Chris Justham’s point.

We are 7 years on from RDR and since the end of 2012 IFA numbers have shrunk from 150,000 to 25,000. Those IFAs that remain are better trained, regulated, capitalised and behaved than before. They focus on wealth and typically are rewarded by ad valorem fees on money they advise on – or in some case manage.

I don’t find it weird that this has a cost or that the cost of £1500 is what it is. What troubles me is that when people see that cost challenged – they call it “unfortunate”. I think that “weird” in a troublesome way.

Let’s suppose someone wanted to set up an app which helped the employees of a large company understand their pension freedom options and gave them access to independent advice, help on entitlements from the state and issues to do with growing old and dying. If the cost of people downloading  that app was more than £15 to the  employee, I doubt it would be purchased. Indeed most people would consider that app should be free.

If all that app did was keep people from buying off the ad-pages of google, I suspect it would be bought by employers, provided of course it passed their due diligence.

And frankly, unless people used such an app to click through to an IFA, navigating an app would be as close as most people would get to “taking advice”.

What troubles me is that there is a perception that such a service is “unfortunate” and that people are either in and paying for the full advisory monty, or relying on pensions wise and their preferred search engine.

There is, within the FCA, an incubation unit called the innovation hub, which includes the FCA’s sandbox. It is there to encourage solutions that fall within the “regulatory perimetre” to challenge existing ways of doing things.

The key reason that innovators want to use the innovation hub is not to show off but to make sure that they are fit and proper. I know several firms who have been through the innovation hub and spent time in the Sandbox and those firms both bit and small are authorised and supervised.

AgeWage is in the innovation hub and awaiting admittance to the Sandbox, we want to understand how we can interact with ordinary people for whom the cost of onboarding let alone ongoing advice is prohibitive. I don’t think this is unfortunate nor do I think it particularly disruptive.  I don’t think I will be eating any adviser’s lunch and I may be creating a market for financial advice (if the AgeWage service is used).

The key’s to bringing down the costs are of course to be found where they have always been found, by being more effecient and hence more productive. Technology of course has a part to play in that, but so does trust. If people don’t trust you, they won’t use your technology, however good it is.

I think that the full monty onboarding service probably has this kind of upfront cost attaching to it. So I wouldn’t call that cost a rip-off.

Do I think most people would pay that much for what they saw as essentially a “data capture” – no I don’t. People aren’t particularly interested in keeping other people’s lights on.

So I think that the full monty IFA experience is a minority sport – a bit like fox-hunting. One that suits a part of society but is not a mainstream activity.

Around 700,000 people a year reach 55 and the financial equivalent of the Strait of Hormuz,  around 100,000 are taking advice and less than that are buying into ongoing advice. The remainder of those attaining pension freedoms are getting nothing but google.

If it’s going to cost more than three quarters of us £1500 to get onboard with an IFA, these numbers aren’t going to get any better.

We do need innovation and that innovation is not unfortunate, infact it’s greatly to be hoped for. 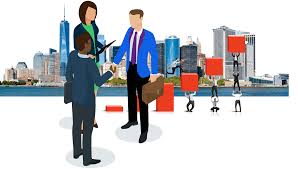 Founder of the Pension PlayPen,, partner of Stella, father of Olly . I am the Pension Plowman
View all posts by henry tapper →
This entry was posted in advice gap, age wage, pensions and tagged advice gap, AgeWage, barriers to entry, pension gap, pensions. Bookmark the permalink.