When SJP got ambushed on the radio

It’s hard not to have felt  sorry for Chris Ralfe when he walked into a Louise Cooper ambush on Radio 5 live’s Wake up to Money at 5.30 on a Monday morning.

He’d been heralded as providing a view of the market, but got hit between the eyes by an irate journalist asking wither SJP were “fair to savers’?

It’s hard not to feel sorry – but not impossible. The interview shows just how hard it is to justify transparency on the basis of bundled charges which depend on the subjective value of “advice”

Chris Ralph from SJP gets absolutely nailed in this interview. From 14:37 https://t.co/gmZ6tFvHAS

The problem with bundling is it’s implicitly opaque

As Chris Ralfe found out , it is very hard to hang a fund based advice charge against a fund based charge where there is no advice. That’s because the latter is about a third of the former making the advice cost at best opaque and at worst a perceived rip-off.

People at the end get confused and while SJP advisers may get away with this stuff in the comfort of their leather upholstered armchairs, things don’t look transparent when explained on the radio to a journalist who knows her stuff.

I don’t know whether Chris Ralfe was expecting to be asked about SJP or – as billed – about the markets, but either way , he was ambushed. Louise Cooper moved on to the next item with the most cursory of thanks and that – I suspect – will be that.

Why did this happen?

I suspect that in  the leather- upholstered armchairs at SJP’s offices, no-one thinks that the Beeb will savage you at 5.30 in the morning. Good old Chris is put up month after month to be the reasonable voice of SJP and ensure that the adoring clients are comforted.

Then whack – your friendly interviewer stops asking you macro-economic questions about global markets and starts asking you how your company is carving out its revenues.

The answer to this question lies with Louise Cooper who quite clearly had had enough and decided that Chris was there for the taking – she took him and took SJP too.

Is the pensions industry ready for transparency ?

Based on this evidence, the answer is “no”. So long as there are Paul Lewis’ and Louise Coopers and James Coneys and David Byers out there, then we will continue to get the plain unvarnished truth.

It is very rare that people speak their minds in financial services, Louise spoke hers on the radio and you should listen to what happened.

For what it’s worth I was caught speaking my mind in the Sunday Times this week. I felt pretty awkward reading what I’d said. Should I have been that transparent or should I have played it safe? I guess Chris is asking the same question – it’s tough being playing it straight and that’s what he did.

Should I transfer money out of my final-salary pension? 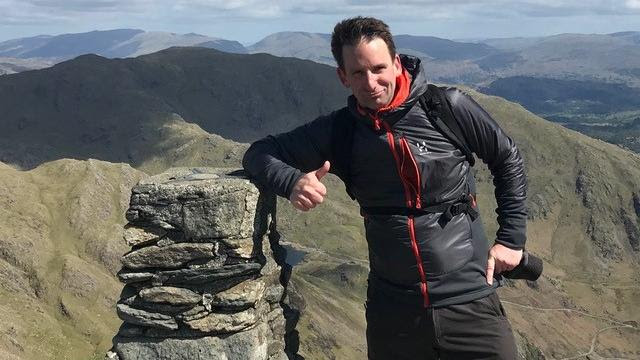 Ben Salamon, 45, is wondering what to do with his final-salary pension

Ben Salamon, 45, from Wilmslow in south Manchester, has a defined-benefit (or final-salary) pension scheme worth hundreds of thousands of pounds.

Ben, a senior technical manager at the Co-operative Group, says that in 2015 his company moved staff on to a defined-contribution scheme, into which he continues to contribute.

Ben, who is married with two children, would like to know more about what he is able to do with his final-salary pension, which he no longer pays into. If he were to decide to transfer out of his defined-benefit scheme, he would be given a cash sum, which he could invest elsewhere.

“I am aware of the stories about people being given poor advice and losing some of their retirement savings,” Ben says. “What are the pros and cons of leaving my final-salary scheme, and how I can find someone who will help me to make the right decision?”

THE EXPERTS
Baroness Altmann, a former pensions minister
“Final-salary pension transfer values can seem very attractive, but Ben shouldn’t be tempted to move unless it is appropriate for his circumstances. These pension schemes are specifically designed to provide income security in retirement, with some inflation protection, with an employer taking responsibility for ensuring that the scheme can pay you. If your employer fails to do this, the Pension Protection Fund is designed to pay most of your promised pension.

“A defined-contribution pension means that you shoulder the costs and risks of choosing and managing the investments, or paying others to do so, whereas final-salary scheme trustees do this for you.

“If this is your only ‘guaranteed’ retirement income other than the state pension, you may want to keep it. However, if this is a small pension and Ben has other final-salary-type pensions from previous employers, giving up a bit of lifelong income may be less dangerous.

“Another reason to transfer, which doesn’t apply here, would be if you were in poor health, or expected to die young, because you could make use of the transfer money sooner.”

Steve Webb, director of policy at Royal London, an insurer
“The main advantage of staying put is certainty. Your pension will last as long as you do, stock market fluctuations will not affect its value, and it has inflation protection built in.

“The plus of transferring out is flexibility. You can choose exactly how and when you want to take your pension. For example, you could use some of it to fund an earlier retirement, while recognising that you will have less left for later. There are also potential tax advantages, including the ability to pass on the balance of the fund tax-free if you were to die prematurely.

“I have a guide to the pros and cons of a pension transfer, which you can download from Royal London.”

Henry Tapper, the founder of Age Wage, a pensions rating system
“Ben’s situation is one many readers would like to have. His pension is worth a mint and is backed by a strong employer. He has the prospect of a wage for the rest of his life, part of which he can swap for tax-free cash and he has a pension pot from his savings on top.

“Before he makes any decision, Ben is going to have to pay a pension transfer specialist, who may charge him to stay put. If he swaps his pension, he’ll be responsible for the outcome, which includes the real chance that his money runs out before he does.

“I would advise that, unless Ben has a special need for his money, he should go nowhere near a financial adviser. His wife should buy a tracking device to ensure that he does not stray into temptation.”

Ben says
“I found all the slightly different advice useful and will certainly take a look at the pros and cons link.”

Founder of the Pension PlayPen,, partner of Stella, father of Olly . I am the Pension Plowman
View all posts by henry tapper →
This entry was posted in pensions. Bookmark the permalink.

4 Responses to When SJP got ambushed on the radio